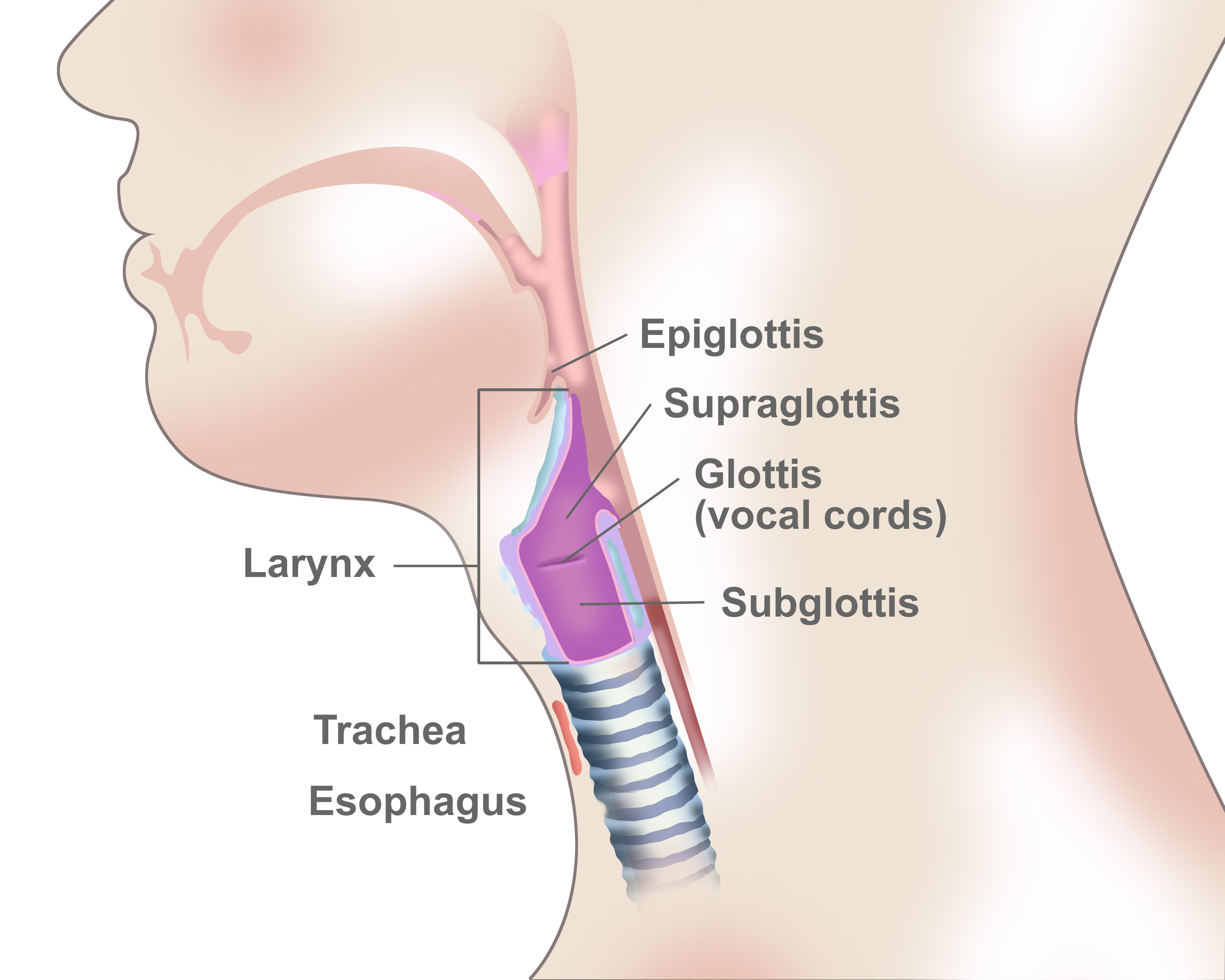 Laryngeal cancer is a disease in which malignant (cancer) cells form in the tissues of the larynx--the part of the throat between the base of the tongue and the trachea. The larynx contains the vocal cords, which vibrate and make sound when air is directed against them. The sound echoes through the pharynx, mouth, and nose to make a person’s voice.

There are three main parts of the larynx, which include:

Laryngeal cancer is a type of head and neck cancer that forms in squamous cells, which are the thin, flat cells that line the inside of the larynx.

Anything that increases your risk of getting a disease is called a risk factor. Risk factors of laryngeal cancer may include:

Keep in mind that having a risk factor, or even several of them, does not mean that you will get laryngeal cancer. Likewise, many people who get the disease may have few or no known risk factors.

There are several signs and symptoms that could be related to laryngeal cancer; however, it is important to remember that they can also be symptoms for other diseases. See your doctor if you have:

Again, these could be symptomatic of something other than cancer. With that said, if any of these symptoms last for more than three weeks, it is a good idea to be checked by a doctor. If it is cancer, early detection can give you better treatment results.