Home > About Us > Practice News

Decoding Annie Parker is a feature film about two remarkable women. Starring Helen Hunt, Samantha Morton, Aaron Paul, Rashida Jones, Corey Stoll, Maggie Grace and an incredible supporting cast. It is the story of Annie Parker, a sharp witted, funny and irrepressible young woman who watches her mother, then sister, fall victim to breast cancer. When, later, she herself is diagnosed with the disease, she is resolved to fight back against immeasurable odds.The film is also the story of Mary-Claire King, the geneticist whose discovery of the BRCA1 gene and its link to breast and ovarian cancer forever changed the understanding of human disease. Hers is considered one of the most important scientific discoveries of the 20th century. These two women are separated by thousands of miles yet their two lives gradually intertwine until a final, singular and life changing reckoning.

Breast cancer affects 1 in 8 women in the US. The time is now. Tell your friends, your family, your community and help give this important independent film the release it deserves. 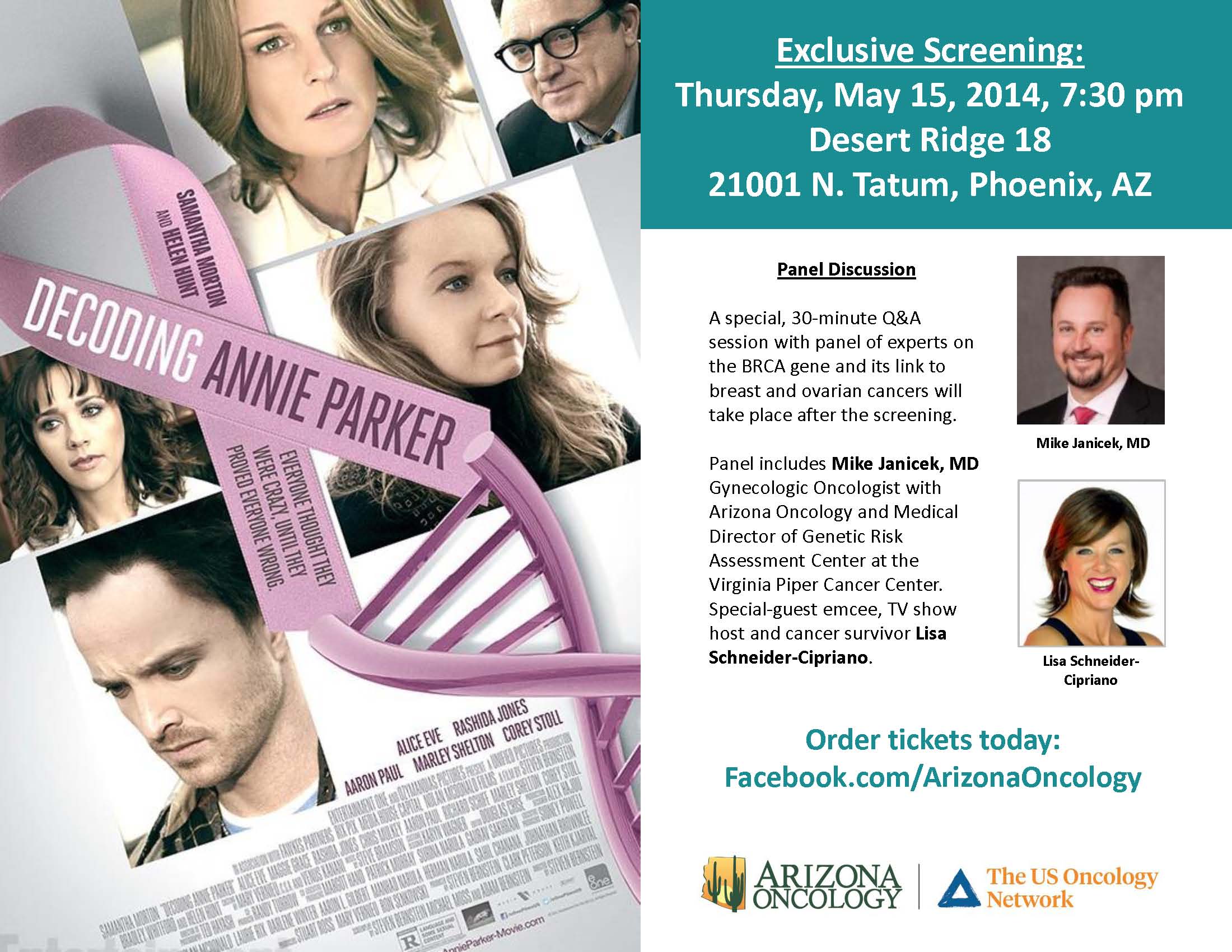